After two warm days, Mrs IS and I woke to find that winter had returned to some degree.  It was colder than it had been for a while and a thin coat of welcome snow had fallen, covering the village nicely:

I was on my way bright and early, but things didn’t go to plan on the mountain, for a while at least.  First off, visibility was measurable in inches.  I thought conditions might be better at Scheidegg and headed straight for Lager to begin the commute over. Lager was closed – broken presumably.  So back to the Mannlichen chair, which had a largish queue.  It stopped as well.

Eventually I made it to the top, but I had been skiing for an hour and managed one run.  Time was short and my temper shorter. I scooted along the top at Mannlichen so as to cut out the Lager lift, which was running again when I crossed underneath it, albeit without passengers.

When I popped over the ridge at the top of the Gummi chair, the cloud was beginning to break up.  In fact the morning redeemed itself quite nicely: 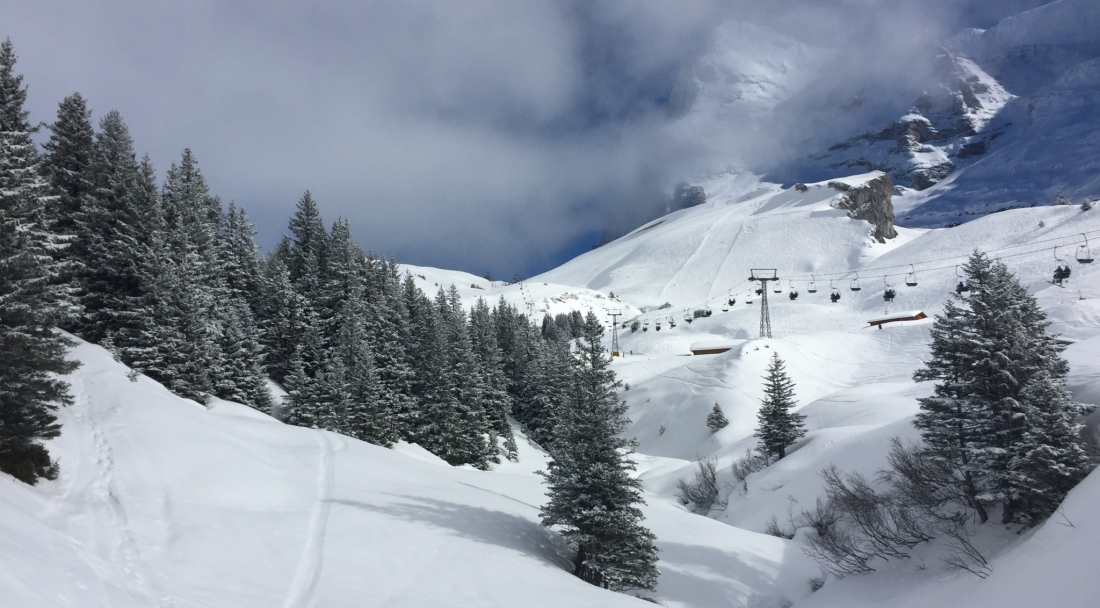 I managed a few runs on fresh snow along with more fellow skiers than I have seen for a while. However, time was no longer short, it was up and a little after mid-day, I dropped back into the cloud which still shrouded Wengen

View all posts by idleskier